My Tracker Never Got A Flat 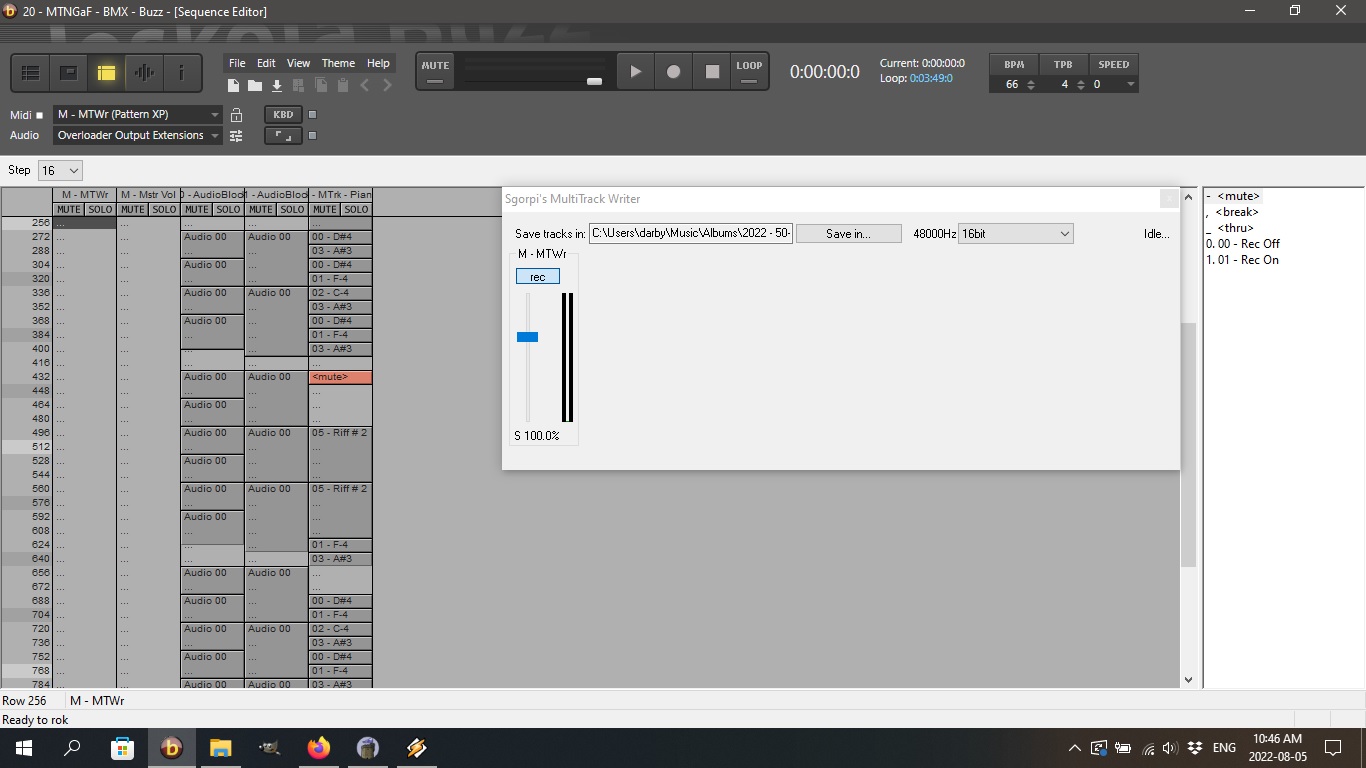 There's a funny thing about working with Trackers. Whatever you try to do, you'll never be able to input a Flat note into one of them. Nope, going back all the way to Ultimate Soundtracker on the Amiga back in 1987, Trackers were never designed to go Flat. Sure, they could be a little Sharp from time to time, but they'll never be Flat. I guess it's one of the software's wonderful quirks…

Fast forward to now-abouts & I've had this idea spinning in my head for the past few days. Yeah, Jeskola Buzz never gets a Flat. That's a great song tittle. And to prove the point, I'm going to write/compose/produce a Tracker song in Jeskola Buzz without any Flats ('cos I really couldn't compose the song with any Flats even if I wanted to 😉 ). So here you go, an old-school Tracker tune built around four samples (one that could have been composed equally as well in Ultimate Soundtracker back in 1987): some drums; an orchestral hit (both from Loopcloud) & two piano samples (from one of my all-time favourite tracker songs, BTW). A few Matilde Tracker machines to play back those samples dropped into Buzz & my Mastering Chain template, that's it. Nothing fancy at all. I really like the result.

See You In The Shadows…

Some nice uplifting sounds, very warm tone with a peaceful nature, the swells give this good motion alongside the drums.

This sounds excellent. Has a really big over all sound to it the creates a lot of space. Kind of makes me think of an open plain in a fantastical world. The piano gives it a sense of melancholy too. Just a hint though. Sounds great.

fantastic momentum, then the piano chill. i like the way the synths stand in the back like a wall. the drums remind me of an argument i had with wynton marsalis in which i held that hip hop has had a positive influence on jazz drumming,

Ooh, I like those solo pianos!
I wanna hear an Experimental track with just that!
Or maybe for a collab? 😄
This has a real soundtrack feel to it, like for a slick SF show set in some shiny fast-paced urban future.
Those strings there really add some meat to this.
Nice.